Home Blog Is the MCK Legal? 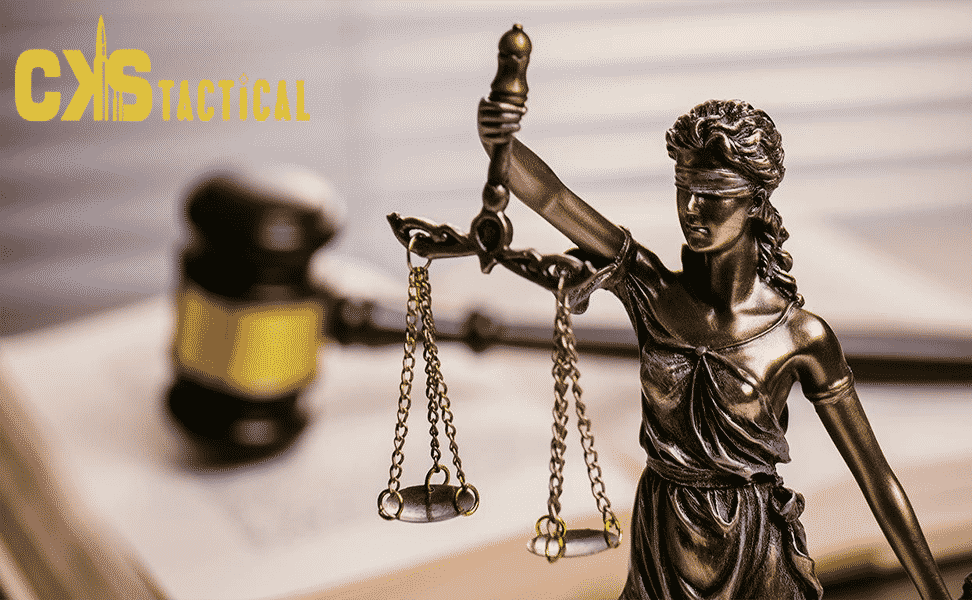 Is the CAA MCK legal?

It is not the first time we are hearing such a question here at CKS Tactical. Also, it’s not the last time we’re going to respond to any concerns relating to the fancy MCK pistol conversion kits. For the sake of those who have yet to discover what this MCK thing is—I think it’s best to start right from the beginning.

However, if you feel like you’re well informed—and what you were expecting is to get a CMK for your Glock, or Taurus—you might want to check our shop for the Advanced Gen 2 Micro RONI Conversion Kits, and the Micro RONI Gen 4, Gen 4X kits.

What is an MCK and Why Do I Even Need It?

Typically, an MCK, or a micro conversion kit is a smart extension feature for your handgun. The thing makes your pistol a notch higher—think of it like you just got yourself a bigger gun! Only it’s the same old thing that is only attached to the MCK kit to provide better grip, aim, or handling, for instance.

CKS Tactical conversion kits can enhance your shooting, or firing performance—and they are especially easy to use. But do I even need them? No, you don’t. Unless you feel like you need one. But it is certainly a fun thing to have, altogether.

So, is the MCK legal? Because many answers we are often coming across on the internet are either too short to provide enough info—or somewhat complicated—it is therefore, only critical that we begin by telling you what is not, and what is regulated before we delve into how to use a pistol carbine conversion kit.

Firstly, it helps to know that there are some kinds of guns which are regulated by the National Firearm Act (NFA)—speaking of the law! Also, these regulations forbid you from holding specific guns without registering it first with the ATF, and paying applicable taxes.

Further, the most regularly used firearms (pistols, and rifles) are not controlled by the NFA except for short-barrelled rifles. You are required to register your short-barrelled rifle with ATF (Bureau of Alcohol, Tobacco, Firearms, and Explosives) and pay the applicable tax money. But this is not the case with rifles, or pistols.

What is the Difference Between the Three Kinds of Weapons?

First things first. According to the lawmakers of these things—a pistol, or a handgun, as you may find it fit to call it, refers to a type of gun that has a short stock—and is designed to be used, or fired with one hand. Think about the Glock, for example. But it is not a crime to use two hands for safety purposes, or gain more control over your gun.

Equally, a rifle is that type of gun that is typically made, or remade, and intended for firing from the shoulder. Similarly, short-barrelled rifles are those kinds of weapons that are made from rifles with 1 or more barrels less than sixteen inches long—or the overall size of the gun is less than twenty-six inches.

Further, this length includes any folding stocks, or collapsible features at their full lengths. And it is measured from the extreme ends of the firearm—unless, of course, if the additional stock is easily separable—then in this case, the length of the weapon is measured without that part. Ask yourself these questions if you want to figure out what you’re having.

How MCK conversion kits play out

Conversion of a Handgun to SBR

If you decide to convert your handgun into something else that is designed to be fired from the shoulder, and what you have doesn’t meet the required full-length measurement of 26-inch, or at least 16-inch barrel length—then what you have redesigned only matches the description of a short-barrelled rifle. You are expected to register your new item with ATF, and pay tax right before conversion.

Conversion of a Rifle to an SBR

If you have decided to convert your rifle into a short-barrelled gun, or an SBR without paying tax, and having been approved by the ATF—you will break the rules. Avoid sawing off your stock if it is shorter than the lawfully required full-length—that is if the full length is below twenty-six inches.

With all that info out of the way, let us now head back to the question. Is the MCK conversion kit legal? Yes. And then, no. Let me explain. In brief, the pistol conversion kit, as an item by itself, is 100% legal. However, attaching your gun to it is what makes the whole thing illegal.

Conversion of a Pistol to a Rifle

This is certainly the type of news many firearm holders would love to hear. Because a pistol to rifle conversion is a 100% legal transition. This conversion doesn’t require any sort of registration, or NFA compliance. In short, you are only shifting from one non-NFA item to another. Keep going.

Conversion of a Rifle to a Pistol or Handgun

If you are thinking that this type of transition is also a legal one, just like it is with the opposite transition—you are damn wrong. Because this conversion only makes a short-barrelled rifle itself. Thanks to its pesky definition, the “short-barrelled rifle”—you are expected to get an ATF approval, and pay applicable taxes for this transition to be legal.

Conversion of a Pistol to Rifle then to a Handgun

We have already seen that turning a handgun into a rifle is seamlessly legal. And it is also clear that turning your rifle into a handgun, which only makes the thing an SBR, is NFA-regulated. Are you now wondering about what might be the case if you change your pistol to a rifle then to a handgun?

Well, there is no fault in doing so. Because the whole transition is only perfectly legal. And while it might as well look somewhat confusing—the ATF themselves have clarified why they decided for things to be this way. Let me explain.

The gun itself was originally designed, and intended to be used by one hand from the start—and was only later converted into a rifle then back to its usual state. There are just no arguments regarding this type of transition because you only detached your pistol from the fancy extension kit. Hence, changing your pistol to a rifle then back to a handgun only makes the thing to be an NFA-regulated item.

How does the pistol carbine conversion kit work?

In a nutshell, these things only enhance the performance of your handgun. The MCK micro conversion kit handgun extensions are typically designed to improve the way your firearm performs.

Aside from only its fancy appearance—the MCK offers more stability—making it much far much easier to handle your gun, and get the bulls eye.

Is the CAA MCK Legal?

If you are asking about the conversion kit itself, that is 100% legal. But if you are looking to find out if it is still legal with your pistol fitted in—that is a completely different case. And it remains to be illegal until proven otherwise.

Is the CAA MCK California legal?

Although the first same answer applies—for the sake of those leaving or wanting to move to California and are also asking themselves, “is the CAA MCK legal in California?”—be advised that the CAA MCK is 100% CA legal. At least until you install your handgun to it—then you will need to worry about how to make the new thing legal because it is illegal this time.

Can I Buy a Micro Roni Without a Tax Stamp?

In brief, a TCM Roni pistol shell allows you to open a compartment, slide your gun inside, shut the compartment, and boom, you have completed the conversion.

Moreover, the full length of the thing measures twenty-two inches—with an extended shoulder part. And the barrel’s length is only a few inches long. Accordingly, it helps to know that attaching your handgun to a TCM Roni kit turns your weapon into a short-barreled rifle, and as such, you’ll only be committing a crime if you didn’t previously register it with ATF, and paid the required tax money.

Last but not least. It is very critical that you first ensure to be aware of the law before attempting to convert your gun to avoid incurring certain criminal consequences out of the lack of proper knowledge. So now you know, …welcome to CSK Tactical the world of legal firearm conversion!